Justin Peterson Art | Very Near Mint – Bio, Interviews and More Watch the new Wonder Woman Official Trailer #2 in HD
No, Mankid is not yet dead. It’s not the end of the war. X-men: Days Of Future Past will forever be credited with re-assembling the stars together; all the stars (as it seemed) but Marvel is not the only one who will go back to the past in remakes. Terminator Genisys will return to it’s Origins, hence the name: Genisys. 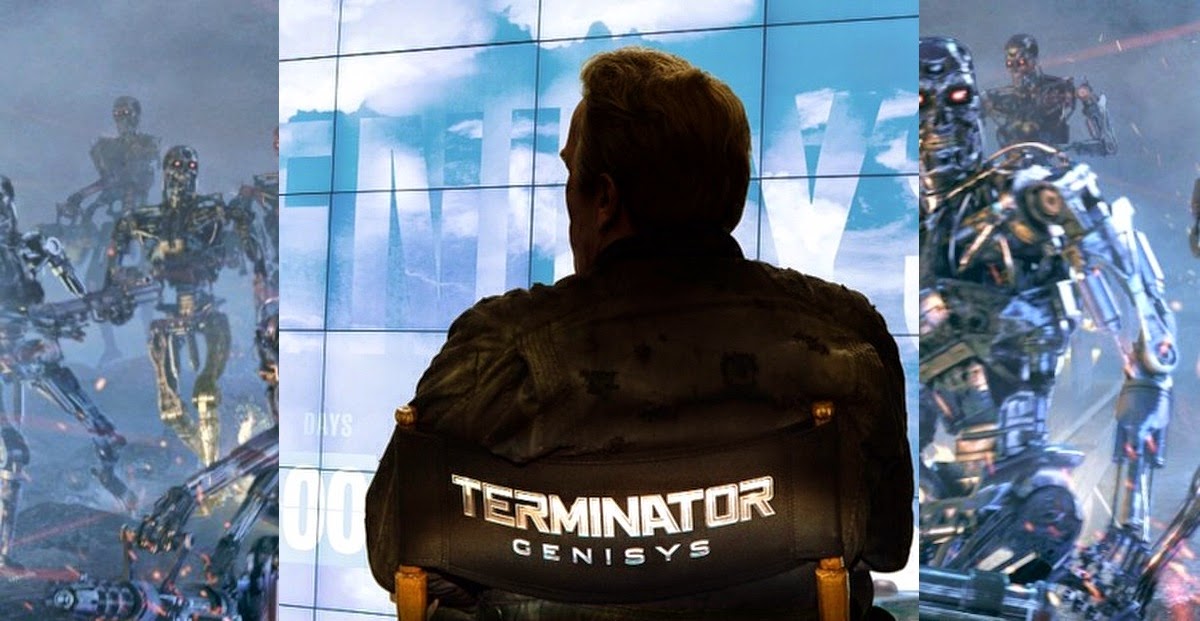 Let’s start with the name, +Arnold Schwarzenegger had posted a photo on the 16th Of August 2014 revealing the correct spelling of the movie’s title, Terminator Genisys. The spelling of the title was changed early in production from “Genesis” to the stylzed “Genisys”, a play on words and spelling. “SYS” is a computer term referring to the “System” or critical files that the system depends on to function properly, according to Wikipedia.
Recommended: Top 10 Wondrous & Best Wonder Woman Moments in History Of DC Comics
Now, I know you’ve seen what a T-800 looks like but you need to see what is going on inside the Genisys trailer. Everything’s changed! I have never seen anything like this!!!

“The year is 2029. John Connor, leader of the resistance continues the war against the machines. At the Los Angeles offensive, John’s fears of the unknown future begin to emerge when TECOM spies reveal a new plot by SkyNet that will attack him from both fronts; past and future, and will ultimately change warfare forever.
On the verge of winning the war against Skynet, Connor sends his trusted lieutenant Kyle Reese back through time to save his mother’s life and ensure his own existence. But what he finds on the other side is like nothing he ever expected. After being orphaned at age 9 by a Terminator, Sarah Connor has since been brought up by another Terminator, played by Schwarzenegger, programmed to protect her. This Terminator has then trained her to face her destiny, which she adamantly tries to reject.” – Wikipedia

Finally, The New “Lara Croft” for Tomb Raider Had Been Revealed